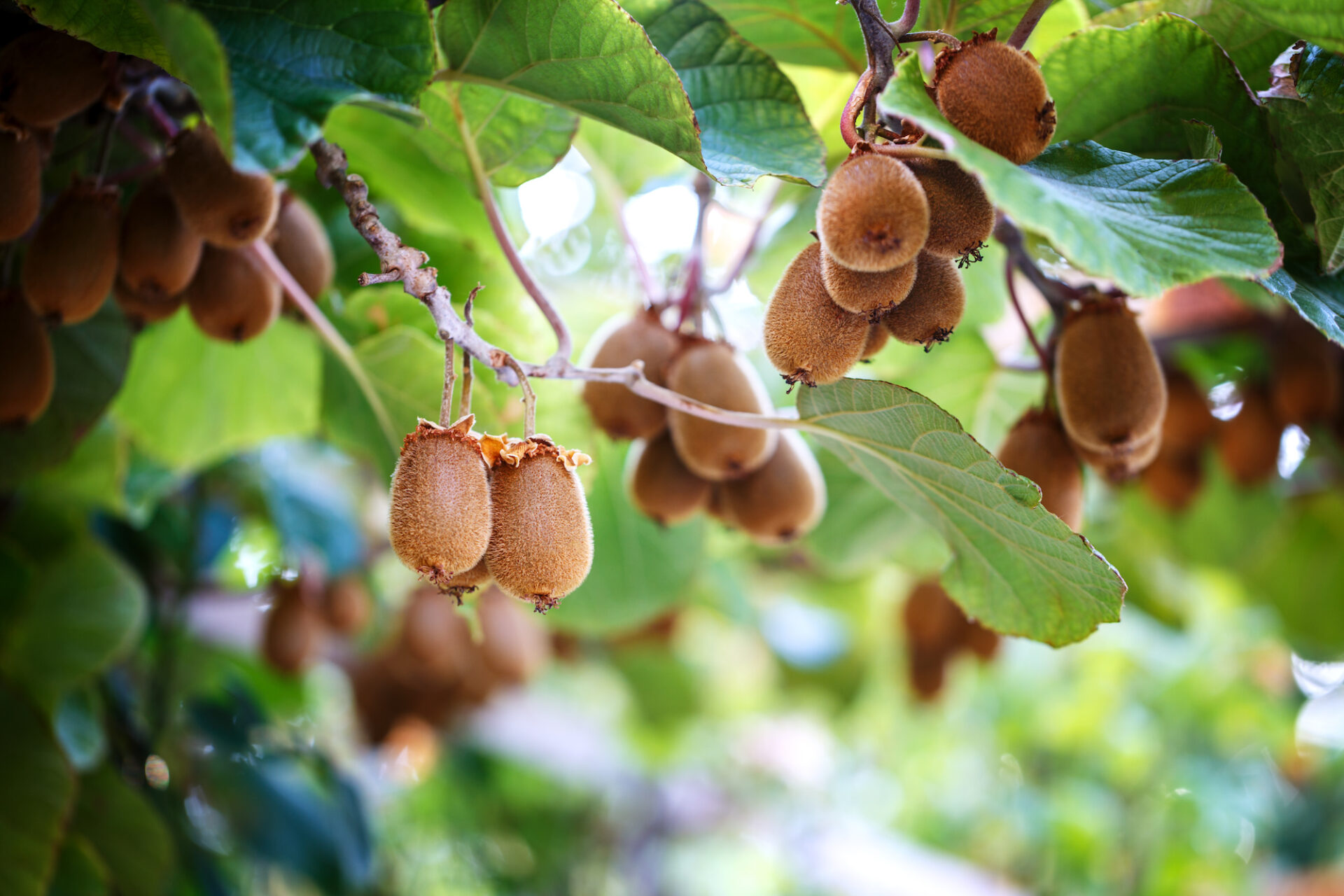 Yes, rabbits can eat kiwi, but only in small amounts. Kiwi should be a treat that’s only given to your rabbit at most twice per week. The perfect serving of kiwi is one teaspoon for every two pounds of your rabbit’s body weight.

Although kiwi has a bunch of benefits for your rabbit, there are a lot of potential risks – particularly from overeating kiwi. It’s extra important to follow guidelines for how much kiwi your rabbit can have.

Kiwi is a good source of fiber that’s low in calories and packed full of nutrients. As long as you feed it to your rabbit in moderation, kiwi is a tasty and beneficial treat for your pet.

As well as these vitamins and minerals, kiwi contains antioxidants and some other vitamins that are in smaller levels. It can help lower cholesterol levels, improve immune system function, and more!

Kiwi is super high in sugar and starch. If your rabbit ate too much kiwi in one go or eats kiwi more regularly than they should, then they’re at risk of multiple health issues.

Some of the risks of your rabbit eating kiwi include:

If your rabbit has any symptoms of the conditions listed above, you should take them to a vet. If they aren’t eating or toileting normally, get them to a vet as fast as you can.

Which Parts of Kiwi Can Rabbits Eat?

Rabbits can safely eat all parts of the kiwi (even the seeds!). You just have to make sure that your rabbit doesn’t have too much kiwi in one go.

Yes, rabbits can eat kiwi peel. The peel (also known as the skin) is high in fiber, antioxidants, and vitamins. The best kiwi peel is from organic kiwis, so you know they’re safe from pesticides. You should always thoroughly wash the whole kiwi before giving any to your rabbit. You’ll need to make sure that you limit how much kiwi skin your rabbit eats due to it containing natural sugars.

Yes, rabbits can eat kiwi seeds. The seeds from inside a kiwi are tiny and soft, so they don’t pose a choking threat for rabbits. They’re also full of vitamins and minerals so they would benefit your rabbit too.

Yes, rabbits can eat kiwi vines. They’re safe to eat, but should be given to your rabbit in limited quantities. As always, anything that could have chemicals on needs to be washed, and anything big needs to be cut into smaller, more manageable pieces for your rabbit to eat.

No, rabbits shouldn’t eat dried kiwi. When it’s dried, the kiwi has no water content and an especially high concentration of sugar. Fresh kiwi already has to be fed in moderation due to how sugary it is, so dried kiwi is significantly worse for rabbits to eat.

No, baby rabbits can’t eat kiwi. Up until they reach the three-month mark, baby rabbits should have been on a specific diet of their mother’s milk for the first three weeks, then hay and baby rabbit pellets. Only when their digestive systems have had time to mature when they’re over three months, can you start introducing fruits and vegetables into their diet.

How to Introduce Kiwi to Rabbits

When giving your rabbit kiwi for the first time, you need to give them a smaller amount than the recommended portion. Half a teaspoon is a good amount to start with. Give it to your rabbit and monitor them over the next day. If they don’t react negatively, you can give them more next time. Remember to give them hay and water too.

What Else Do Rabbits Eat?

Rabbits should be eating every day: unlimited hay, two portions of fresh vegetables (morning and evening), some pellets, and water. Treats like kiwi should only be given to them twice per week. Remember to vary the treats and vegetables to broaden the nutrients available to your rabbit and prevent boredom.