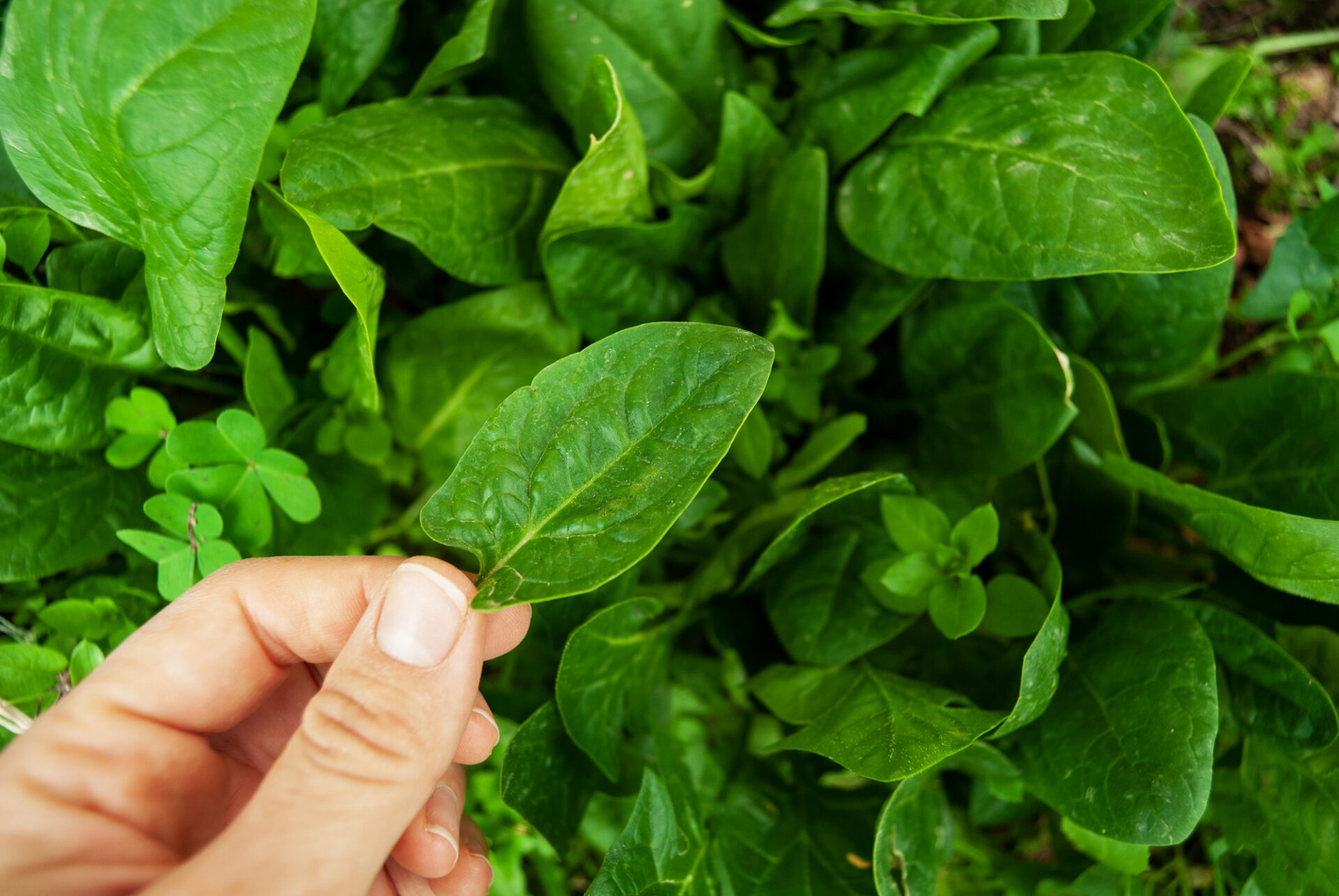 Yes, rabbits can eat spinach as a treat. Your rabbit can eat all parts of the spinach plant, as long as you wash it first and don’t cook it. Only give your rabbit spinach once a week, around a cup of spinach is suitable for one rabbit. For a balanced diet, mix it with other vegetables.

Unlike other leafy green vegetables (the backbone of the vegetable portion of a rabbit’s diet) you have to limit the amount of spinach that your rabbit eats. This is because spinach contains oxalates – naturally occurring food toxins that can cause issues in your rabbit’s urinary tract and cause itchiness if eaten in large doses.

What Types of Spinach Can Rabbits Eat?

There are three basic types of spinach:

You can usually buy these in grocery stores or pick up seeds to grow them at home. All of these are safe for rabbits to eat.

Yes, rabbits can eat water spinach. If they eat the leaves and the stems, they’ll get a lot of good nutrition. This is one of the best types of spinach you can give your rabbit for nutritional benefits.

Yes, rabbits can eat baby spinach. It’s spinach that’s harvested during the early stages of plant growth. The leaves tend to be smaller and sweeter. They’re also lower in fiber, protein, and gas than what rabbits need. You’ll need to make sure they have a balanced diet to get the rest of the nutrients they require to be healthy.

Yes, rabbits can eat tree spinach. This type of spinach contains more fiber and less water content than other types of spinach which makes it a good option for your rabbit’s snack.

Which Parts of Spinach Are Safe for Rabbits?

Yes, rabbits can eat spinach leaves. They are not toxic to rabbits but contain a high level of oxalates. Limit your rabbit’s spinach intake to make sure that they don’t eat too many oxalates and end up with health issues like anemia or kidney problems.

Yes, rabbits can eat spinach stems and stalks. These have the most fiber out of any part of spinach so rabbits will love them and reap the benefits of eating fiber-rich food.

No, rabbits shouldn’t eat spinach roots. The roots contain the highest amount of sugar because that’s where the energy is stored. Although they’re not toxic for rabbits, the sugar level does make them unhealthy so avoid the roots if you can.

Spinach contains some vitamins and minerals that are beneficial for your rabbit:

As long as you stick to the guideline of one cup of spinach, once a week your rabbit should be healthy and happy.

If your rabbit eats spinach more than once a week or eats more than a cup full at a time, they run the risk of having harmful levels of oxalates (also known as oxalic acids). The oxalates in high doses are toxic and affect your rabbit’s urinary tract.

Signs of this issue include not eating, lethargy, and urinating frequently but little urine actually coming out. It can also cause kidney stones and itchy skin around the rabbit’s mouth. See a vet ASAP if you spot any of these symptoms.

If you’re combining spinach with other vegetables, don’t combine it with the following foods – as they also have an extremely high oxalate content:

There’s a bunch of sage vegetables you can mix with spinach, and rotate regularly to ensure variety in your rabbit’s diet. For example, kale, romaine lettuce, and watercress. As always, double-check before giving your rabbit new food, and introduce it slowly.

You need to be careful that the spinach is fresh. If it’s starting to turn from its normal green color to yellow, or starting to mold (this is especially the case if it’s stored in a pile) then it’ll have started to ferment and probably disagree with your rabbit’s stomach.

Make sure you thoroughly wash the spinach to remove any chemicals or pesticides from them. Organically grown spinach or homegrown is best, to prevent any internal upset.

No, rabbits shouldn’t eat canned spinach. It’s a form of cooked spinach that’s canned in water and salt which makes it more unhealthy than it originally was. Raw, fresh spinach is the best option for your rabbit’s snack.

No, rabbits shouldn’t eat cooked spinach. By cooking it, the spinach loses nutrients and changes texture which makes it more difficult to digest. The general rule of thumb is that vegetables are healthier if they’re raw, and you should always avoid cooking if possible.

No, you shouldn’t give your rabbits frozen spinach to eat. Most leafy vegetables (except kale) don’t freeze well. Stick to fresh spinach for your rabbit.

What Else Should My Rabbit Eat?

As well as having fresh vegetables every day, rabbits should have a diet of hay, a small number of pellets, water, and occasional treats.

Spinach is a leafy green vegetable, but due to the oxalate content, it has to be limited. Make sure your rabbit gets a variety of other fresh vegetables to ensure they have a balanced diet.