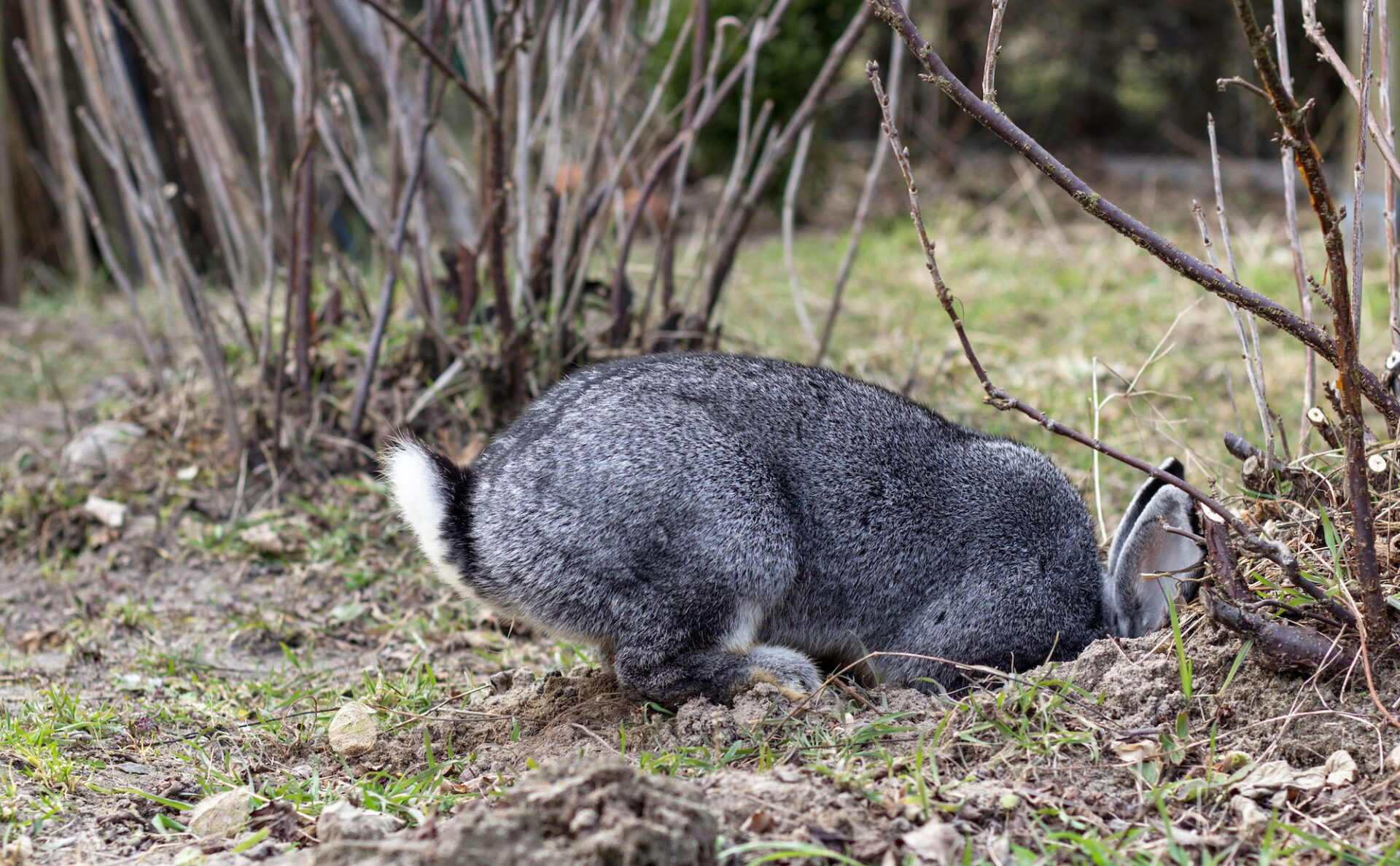 Rabbits are naturally good diggers – they dig for attention, out of boredom, and for a bunch of other reasons. But if your rabbit is digging on you, there could be a specific message that your rabbit is trying to convey.

Wild rabbits have to dig their warrens (homes) where they live and shelter from predators. Domesticated rabbits don’t need to dig warrens, but the instinct is still there and it can be problematic if they have long claws as they can cause damage to your skin and clothes.

Read on to find out all the reasons a rabbit might dig, how to prevent digging, and more.

Reasons Why a Rabbit Will Dig

There are multiple reasons why your rabbit might be digging on you, and even more reasons why they might dig in the ground.

Here’s why your rabbit might be digging on you:

How to Prevent Rabbits From Digging on You

Having your rabbit dig on you is not an enjoyable experience, and it’s possible to teach them not to do this but always remember that you shouldn’t punish your rabbit for this behavior – you’ll just scare them and break their trust.

Instead of punishment, try one of these methods to try and get your rabbit to stop digging on you:

Another way to help is getting their nails regularly trimmed. This is better for them when they’re moving around and won’t be so painful when they’re digging on you.

Be extra careful though, as they have veins in their nails. If you aren’t confident doing it yourself, make an appointment with your vet. For more advice on rabbit nail clipping, head over to this website.

How to Create a Place for Rabbits to Dig

If you want to create an environment where you can allow your rabbit to dig, there are a few ways to do this.

If you have a garden area that’s secure and rabbit-proof (i.e. no poisonous plants, escape routes, or danger) you can let your rabbit free-roam outside as long as you’re watching them.

This means your rabbit can dig in the ground as they would in the wild – but you should make sure that they don’t vanish into the ground – placing wire around the edge of the garden will act as a deterrent to the rabbit digging out.

You can make a box yourself for your rabbit to dig in. It’ll need to be at least twice the size of your rabbit. You could use a high-sided litter box, a sandpit, or any other concrete enclosure that will contain them.

What Material Should Rabbits Dig?

You can offer your rabbit sand or soil to dig in, but bear in mind these can create quite a mess. Recently turned over, crumbly soil is also a good option, and you can add sand to clay soil to make it lighter.

Other Options for Rabbit Digging

If you don’t have the space or material for your rabbit to dig, you could give them a pile of crumpled-up paper or old towels and clothes to let them play with. You could also buy and cut down scratch mats from the store to protect your flooring. Rabbits enjoy foraging for food, so a fun game you could play is burying or hiding food under hay or somewhere where they have to figure out how to find the food. This is good for their mental stimulation and mimics the behavior of wild rabbits.