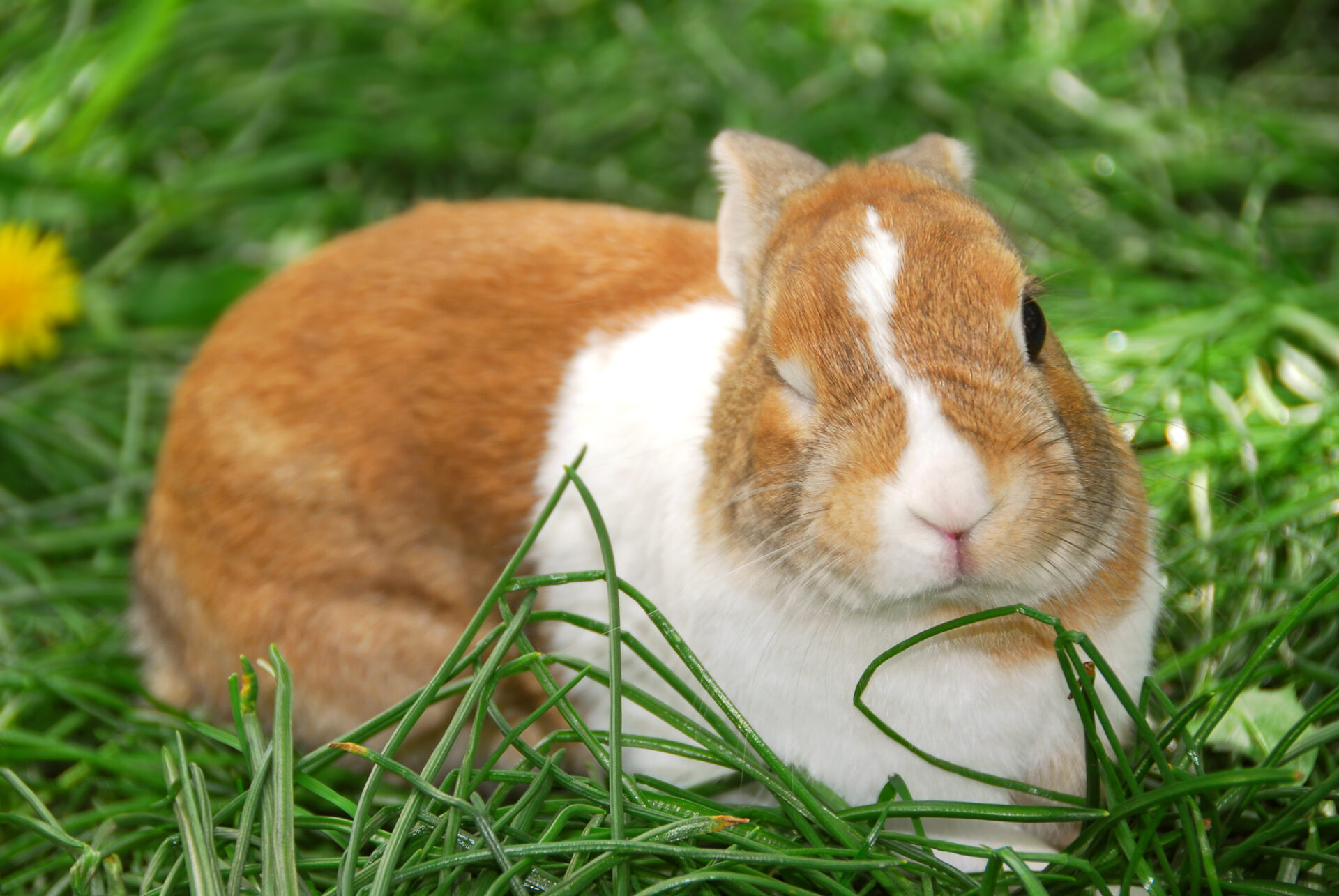 Yes, rabbits do need to blink. As creatures that don’t have a duct system to keep their eyes clean and moist, blinking significantly helps them to clear dust, debris, and dirt from their eyes.

But if your rabbit is blinking non-stop or not at all? It’s a sign that there’s a problem.

Read on to find out what to do if your rabbit is blinking too much, if their eyes get stuck shut, and more!

Why Do Rabbits Blink

Rabbits blink to keep their eyes clear so their vision is as sharp as it can be. This is extra important for rabbits – by staying alert they have an early warning to the approach of predators and any extra time could be the difference in their survival.

Blinking could be in direct response to lighting – their eyes are pretty sensitive and bright lights can make them furiously blink.

Rabbits also have a third eyelid (also called the nictating membrane) that they use to clear their eyes if there’s any debris in there. They’ll also blink to moisten their eyes, which allows them to watch their surroundings for longer.

What if Rabbits Don’t Blink Enough?

It’s quite rare for a rabbit to not blink enough. The problem is usually the opposite – too much blinking.

Some rabbits blink as little as 12 times per hour – and this is okay! If they stop blinking altogether, it could be that they’re frightened or have an eye problem. Luckily, they have the third eyelid which can keep their eyes shielded and moist so it isn’t as disastrous if they don’t blink much.

For information on rabbit eye conditions, check out this article on eye problems in rabbits.

What if My Rabbit Can’t Open Their Eyes?

If your rabbit isn’t opening their eyes at all, it’s likely that they can’t. One of the most common causes for this is if crust builds up around their eyes due to not having enough moisture.

To clean your rabbit’s crusty eye:

If this is happening regularly, speak to a vet to see if there’s any medication they can use to help them out. You might need to regularly clean their eyes as part of their grooming to keep on top of the problem.

What if My Rabbit Is Blinking Too Much?

If a rabbit is blinking too much, there’s a good chance that their eye is irritated in some way.

This could be if a foreign object is stuck there, an infection, or if some debris is trapped in or around the eye. Your rabbit will struggle to fix this and will probably require a gentle hand from you.

To check if there’s something in their eye, gently pull down their eyelid and use a soft towel or clean finger to brush the area. Never shine a torch in their eyes – it’ll blind them and scare them.

If a rabbit is super alert then they might blink more while standing still and scanning their surroundings. This could also be due to nerves or if they’re cold. If they’re blinking a lot faster than normal, assess the context to work out what the problem is.

Problems With the Third Eyelid

Your rabbit will use their third eyelid throughout the entire day. Since it’s used so often, it can be disastrous if there’s a problem.

Common issues rabbits can get with their third eyelid include:

Any problem with your rabbit’s third eyelid will require a trip to the vets.

Interesting Facts About a Rabbit’s Eyes

Do Rabbits Close Their Eyes?

Yes, rabbits do close their eyes, but only for one of three reasons. You’ll usually see your rabbit’s eyes closed if they’re relaxed and in a deep sleep, if they’re enjoying being petted and groomed, or if they have a medical condition affecting their eyes.

How Often Do Rabbits Blink Per Day?

On average, a rabbit will blink 10-12 times per hour. You might not even see your rabbit blink because the third eyelid is often to keep their eye moist, meaning that they don’t need to blink for that reason anymore.

Do Rabbits Have Eyelids?

Rabbits do have eyelids, but not in the same way as animals like cats and dogs. They instead have three eyelids, one on the top, one on the bottom, and one right in front of the cornea called the nictating membrane that acts as a shield on their eyes and keeps them moist. This is important for rabbits to have sharp, unobstructed vision.

Do Rabbits Have Eyelashes?

Yes, rabbits have eyelashes that help protect their eyes from dust, grit, dirt, and any debris. In some cases, eyelashes can start growing inside their cornea (called distichiasis) which is a condition that requires veterinary treatment.

Do Rabbits Sleep with Their Eyes Open?

Yes, rabbits do generally sleep with their eyes open. Only if they’re feeling completely safe and comfortable will they go into a deep sleep and close their eyes. They have a third eyelid known as the nictating membrane that shields their eyes and keeps them moist, allowing the rabbit to keep their eyes open even when asleep.