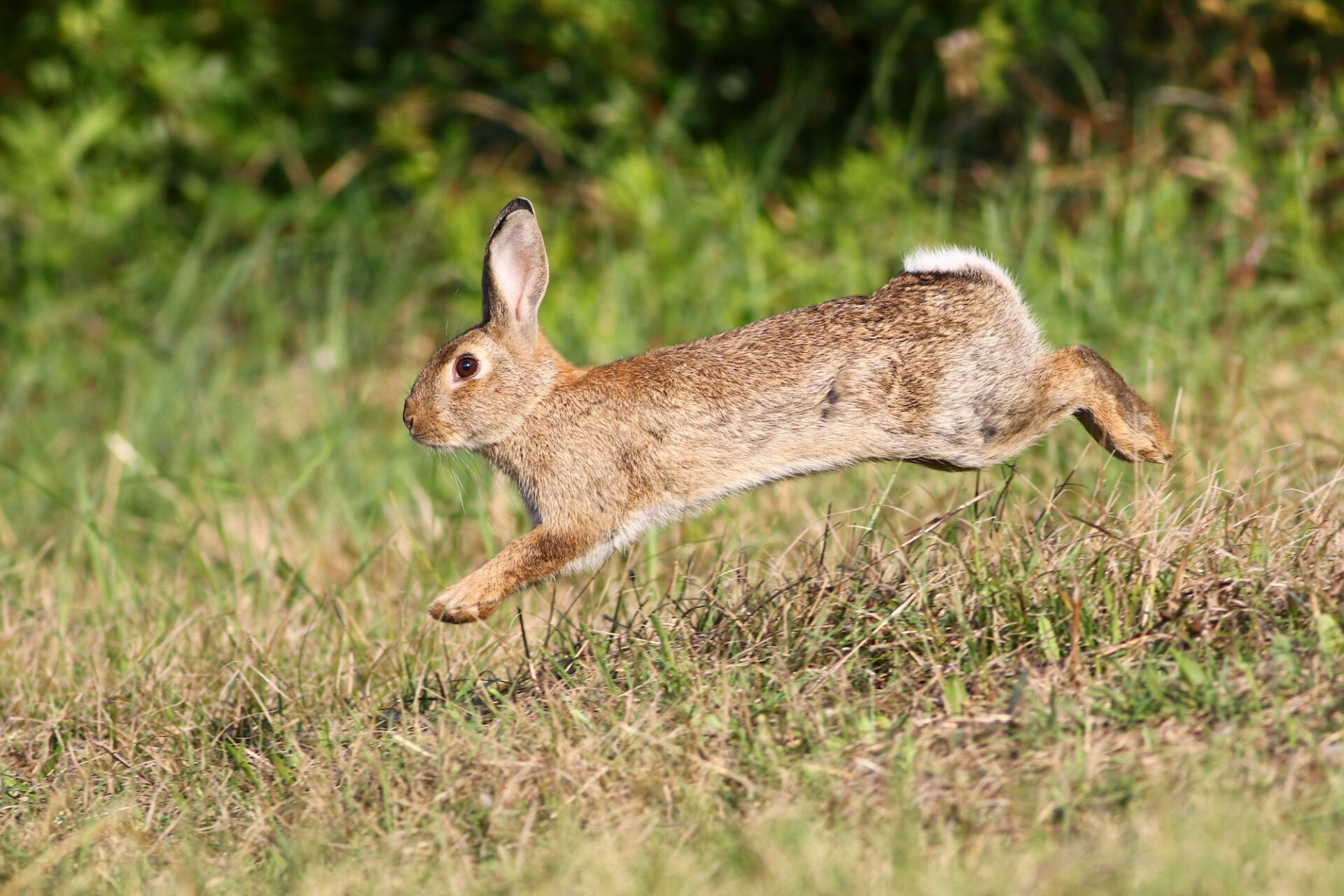 Rabbits naturally hop when they’re moving around. Their body is designed for these movements through a flexible spine and long hind legs. Hopping is the most efficient and safest way for a rabbit to move around.

By hopping, they can leap high into the air around two feet up. The highest rabbit jump was recorded at almost four feet and the fastest rabbits can reach speeds of 48 miles per hour.

There’s also a hop and a twisting movement that every rabbit can do to express pure joy, otherwise known as a binky.

Reasons Why Rabbits Are So Good at Hopping

The distinct and adorable hop as a rabbit moves around is partly due to the structure of their body, and also due to their survival evolution to escape predators. Hopping is the most natural way to move for rabbits – preferred than walking or running.

Though hopping is the preferred method of moving around, rabbits can and will walk when they need to. You might notice your rabbit walking if they’re in an unfamiliar place and feeling unsure of themselves.

If your rabbit lives indoors and you have smooth floors, they might injure themselves if they try to hop and accidentally slip. Where possible, try to restrict their access to slippery surfaces to prevent any harm from coming to your rabbit.

Another thing to consider is how flat the surface is. In the wild, rabbits will often run across grass plains and similar terrain that allows them to manage the impact to their paws and spine. A rabbit might hurt themselves if hopping on uneven ground or if they’re off the ground (like being held or on furniture) and try to hop to safety but end up falling.

At What Age Do Baby Rabbits Start Hopping?

Most baby rabbits will start hopping between 10 and 21 days old. By this point, their legs will have developed into muscles that are supportive enough for the rabbit to hop. There are differences within breeds on when they start hopping, but both wild and domesticated rabbits learn within a month of being born.

Can Rabbits Get Hurt When They Hop?

Yes, rabbits can get hurt when they hop. Their delicate spines are vulnerable to damage and if they panic they might make a mistake that results in injury. If your rabbit is lifted off the ground against their will, they might make a risky jump for freedom that ends in an accident. But as long as they don’t try to hop too far or too high they should be okay.

What If My Rabbit Doesn’t Hop?

If your rabbit doesn’t hop it’s a sign that something is wrong with them. You’ll need to closely monitor them to see if they are sick or have an injury – look out especially for one leg dragging, if they’re sitting differently, or seem weak. If your rabbit has a problem you’ll need to take them to a vet ASAP.