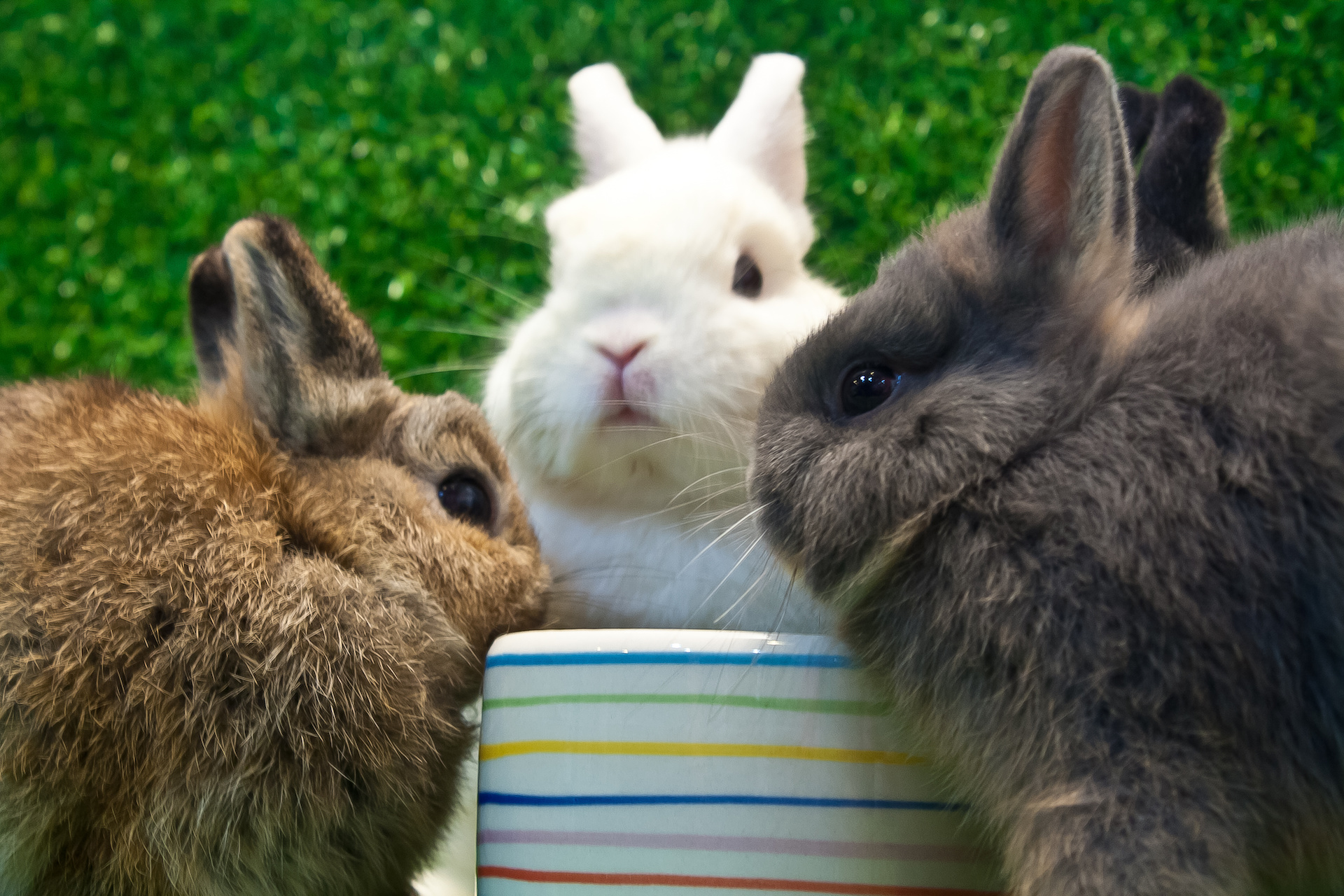 Yes, rabbits do get hiccups – though it’s more common in baby rabbits rather than adults. It’s the only way that rabbits can expel trapped gas (since they can’t vomit, hold their breath, or burp).

Usually rabbits hiccup because they’ve eaten too fast and ended up swallowing air that’s got trapped in their diaphragm. A hiccup is the diaphragm muscle spasming to expel the air out.

The hiccups tend to pass after a few minutes and aren’t something to worry about in most cases. If the hiccups persist, it could be a sign of a more serious health issue.

Does My Rabbit Have the Hiccups?

If your rabbit has hiccups, they might just bob their heads up and down – the distinct hiccup sound might be too quiet to hear.

It can look like they’re shaking, but there are a few other signs along with the head bobbing and shaking that could indicate that your rabbit is hiccuping (and not something else).

It’s possible for hiccups to be mistaken for a seizure – their head bobbing can appear as shaking and you might struggle to differentiate between the two.

If your rabbit has a seizure, their whole body might shake and their eyes roll back in their heads. They might also squeak, paddle their legs, and start drooling.

The other difference is the duration – hiccups are repetitive, the hiccup itself lasting just a couple of seconds but repeating constantly. While seizures in rabbits are a constant movement for up to one minute straight.

If your rabbit is having seizures, you should take them to the vet to identify the reason and get treatment as soon as you can.

Causes of Hiccups in Rabbits

Several factors can cause a rabbit to hiccup such as:

How to Stop Rabbit Hiccups

The best way to stop hiccups is to be patient and wait it out – trying to help your rabbit hold their breath will scare them and break the trust between you. Trying to scare them is also a bad idea. Purposefully making them scared will traumatize your rabbit and teach them to associate you with that fear.

If the hiccups don’t pass right away and there are no other signs of an issue, there is one thing you could try to help them.

You can try to help the trapped gas come out by following these steps:

Are Hiccups Dangerous For Rabbits?

A short bout of hiccups is harmless in rabbits and likely has a simple cause.

But if they’re hiccuping for hours on end or every day, it could be a sign of a more serious issue.

If you notice a change in appetite, unusual behavior, or signs of pain (like teeth grinding or sitting hunched over) then there might be an underlying problem.

When a sick rabbit tries to draw more air into their lungs for easier breathing, the air also fills their stomach – causing hiccups.

Signs of a respiratory condition that could be causing hiccups are:

If your rabbit is gasping and breathing through their mouth, you’ll need to take them to a vet ASAP.

A blockage in your rabbit’s digestive tract can be fatal if untreated, and constant hiccuping can be a sign of a blockage.

Signs of a digestive condition that could be causing hiccups are:

As always, a rabbit who might have a more serious problem should be taken to a vet to be checked. They can turn fatal quickly, so better to err on the side of caution and get help.

Rabbit hiccups are often too quiet to hear and only identified by the accompanying shake and bob of their head. If you do hear it, it’ll be like a ‘hic’ sound similar to how a human would hiccup, just at a fraction of the volume.

Why Does My Rabbit Have Hiccups All the Time?

If your rabbit is always hiccupping, it could be due to a problem with their diet or a sign that your rabbit is stressed. Ensuring that they have an appropriate portion of food (not too much) of a healthy, balanced diet will go a long way in avoiding hiccups.

A stressed rabbit will also eat too quickly and give themselves hiccups. To prevent this, you could establish a routine so your rabbit knows that they’ll be fed regularly and this security will mean they eat at a more relaxed pace.