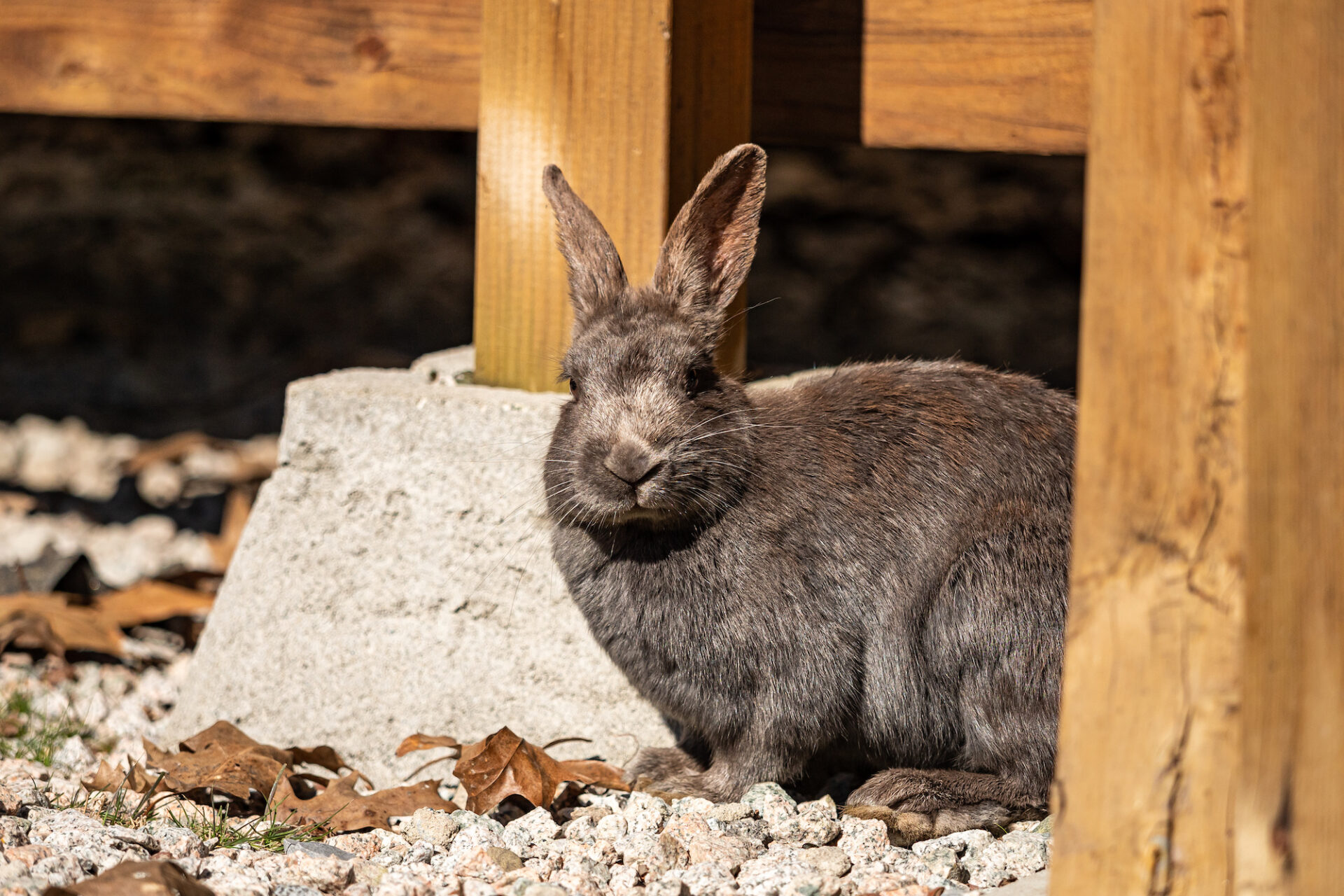 Yes, rabbits can and do growl. A rabbit is most likely to growl as a defensive or warning sound if they’re getting angry, but they could also growl if they’re afraid or insulted too.

You’ll need to quickly figure out why they’re upset because it may be your first and only warning before they get aggressive.

Read their body language for extra clues on what the problem is, and your next steps should be finding a way to calm the situation down. For example, this might be giving them space or identifying and removing their source of fear.

Why Do Rabbits Growl?

There are a bunch of reasons why your rabbit is growling. It’ll vary between individual rabbits, and it might not be the same reason every time.

Growling is a way of your rabbit expressing their irritation. By growling, they could be telling you to ‘back off’ and ‘leave me alone. This often precedes escalated behavior like lunging, biting, and further noises.

Take your cues from them, if you were trying to pick them up, then step back and don’t attempt to touch them. Any further antagonizing (even if unintended) could rile your rabbit up and cause a bigger problem.

A stressed rabbit is similar to an angry rabbit. They’ll lash out to protect themselves and warn you and anyone else nearby. This could be if they detect danger or something is specifically bugging them.

Be careful to not contribute to their stress levels. If they get overwhelmed they’ll try to protect themselves by any means possible – even if that includes biting or fleeing. You might want to check for any injuries or stressors like predators or loud noises that could be causing the stress.

This one is pretty specific, it could be a direct response to something you’re doing – like moving something of theirs (like a bowl or toy), touching their food, petting them when they don’t want to be touched, or any number of movements that they don’t like you doing.

You should stop whatever you were doing straight away – your rabbit growling in this situation is a clear sign that they want you to stop, and a warning that they’ll take further action if you don’t.

Rabbits can be territorial. They could growl at other rabbits, animals, or even humans to warn them that they need to move away from the rabbit’s territory.

Rabbits could be territorial over their entire hutch or cage, or specific items – like their food dish, water bowl, toys, and more.

Heed these warnings. Your rabbit is verbally alerting you to their problem and failure to respond as they want you to can quickly turn into a more aggressive situation.

Any sudden, unexpected movements or unfamiliar smells (especially the scent from a predator) will immediately put your rabbit on edge. Once they feel unsafe, they’ll either fight or flee.

If a rabbit feels cornered, growling might be the first sign that they’re scared and trying to defend themselves from danger. If you’re the source of the fear (such as if you made a big, sudden movement) try to show your rabbit that you aren’t a threat.

It’s often difficult to see if your rabbit is in pain, as they’re masters at hiding any signs of pain and weakness (from predators). But your rabbit acting out of character (e.g. growling) could be an indication of pain.

It could be something internal (like a sore foot) or any number of ailments that are hurting your rabbit. A trip to the vet can rule out health issues, and if they are in pain, the vet can offer relief or treatment to help them.

Once your pet has reached sexual maturity (three to six months) their hormones will spike during mating season. This will make them want to square up to their rivals or defend their home.

A growl could be the start of a fight – between rabbits, or a rabbit and their owner. If possible, you should neuter your rabbit – it’ll calm them down, reduce fighting, and extend their life.

For more information on this, check out this advice on spaying and neutering rabbits.

Rabbits have a strong sense of smell and use it as a way to recognize their owners.

If your scent reveals that you’ve handled other animals, you’re dusty, or even if you’re wearing a distinct perfume or any other unfamiliar smell, your rabbit might not be pleased. This is most likely if you’ve cuddled other rabbits.

How to Help a Growling Rabbit

Your reaction to your rabbit growling should vary depending on why they’re growling.

If your rabbit growls when:

How to Control Aggressive Behavior

If your rabbit is aggressive there are a number of things you can do to try and train them out of behavior like growling, biting, lunging, and more.

Check out this article on aggression for more information.

What You Shouldn’t Do to a Growling Rabbit

Similarly, shouting or screaming at your rabbit will startle them and cause panic rather than discipline. They won’t respond to your volume and tone the same way that something like a dog would.

Try to remain cool and calm with your rabbit, and with a little time and training, they should be less aggressive and learn to trust you.

Do Rabbits Growl at Other Rabbits?

Yes, rabbits can growl at other rabbits to convey messages. They could be telling each other about danger or pain, or warning them to back off. If a rabbit feels the need to defend their territory or themselves, their growling could be waning before they escalate to fighting.

Do Rabbits Growl When Playing?

Yes, rabbits do sometimes growl when they’re playing. Every rabbit is unique and growling could be part of a game. Some rabbits will lunge, nudge, and growl in the spirit of fun. As long as they don’t seem upset or aggressive, this is totally fine!

Yes, rabbits can and do hold grudges. If you do something to upset your rabbit, they can hold a grudge, treat you differently, and might even become aggressive. Your rabbit growling may be a sign that they’re upset with you and not ready to let the issue go. Check out our post all about this to learn more.