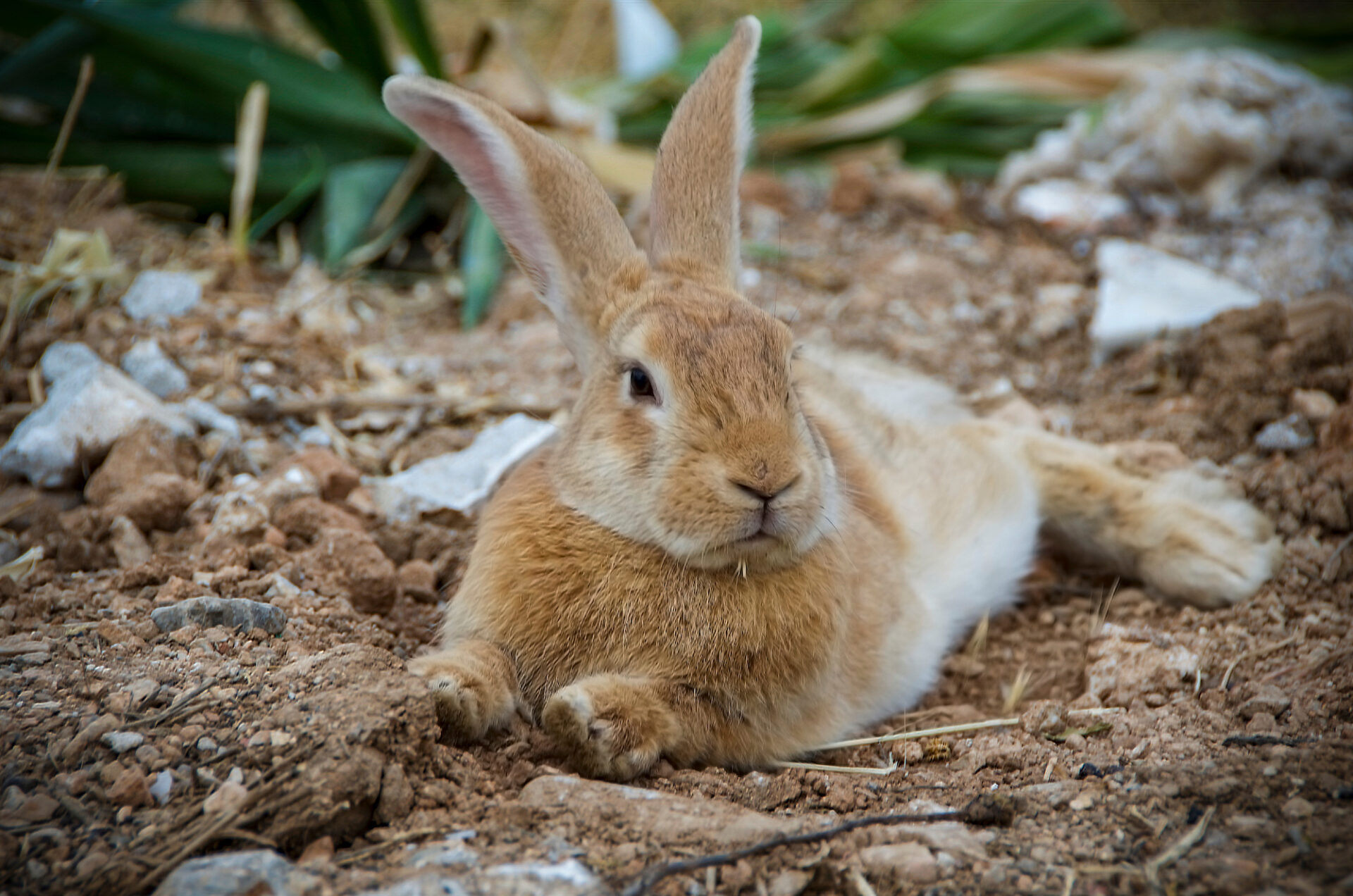 Yes, rabbits can be territorial. This will depend on an individual rabbits’ personality, as well as several other factors that can determine exactly how territorial a rabbit can be. It can be between rabbits, rabbits and their owners, or over an area or items.

Rabbits divide their surroundings into their personal safe space, public shared spaces, and anywhere owned by another rabbit or person. They might like to be the only animal in their space, or they might be happy to share with other rabbits or animals. If you invade their space, you risk an aggressive reaction from the rabbit.

But some rabbits are way more territorial than others. Check out this full post for more details.

There are a few ways that rabbits can mark their territory, their owners, or their possessions. This indicates to other rabbits and animals that whatever they’ve marked belongs to them.

If a rabbit sprays urine on anything or anyone, they’re marking it as belonging to them.

The best way to prevent this from happening is by getting your rabbit neutered. It’s better for their health and will save you cleaning urine off every surface.

Rabbits have scent glands in their chin, so when they rub their chins on items and places, they’re claiming it as their own.

This is an odorless scent that humans can’t see or detect, so overall it’s a pretty harmless way to let your rabbit mark their territory.

Domesticated rabbits will instinctively be territorial of their home (cage or hutch) where their food, toys, and bed are.

This is their safe space and they may become aggressive if another rabbit or human intrudes on their space. This may also be an issue when you’re cleaning their cage – so you might want to do that when they’re distracted somewhere else.

Signs a Rabbit is Being Territorial

Your rabbit can exhibit a variety of behaviors that indicate that they’re being defensive and territorial.

Tips for Dealing With Territorial Rabbits

The best way to approach your territorial rabbit will vary – as it will depend a lot on their personality.