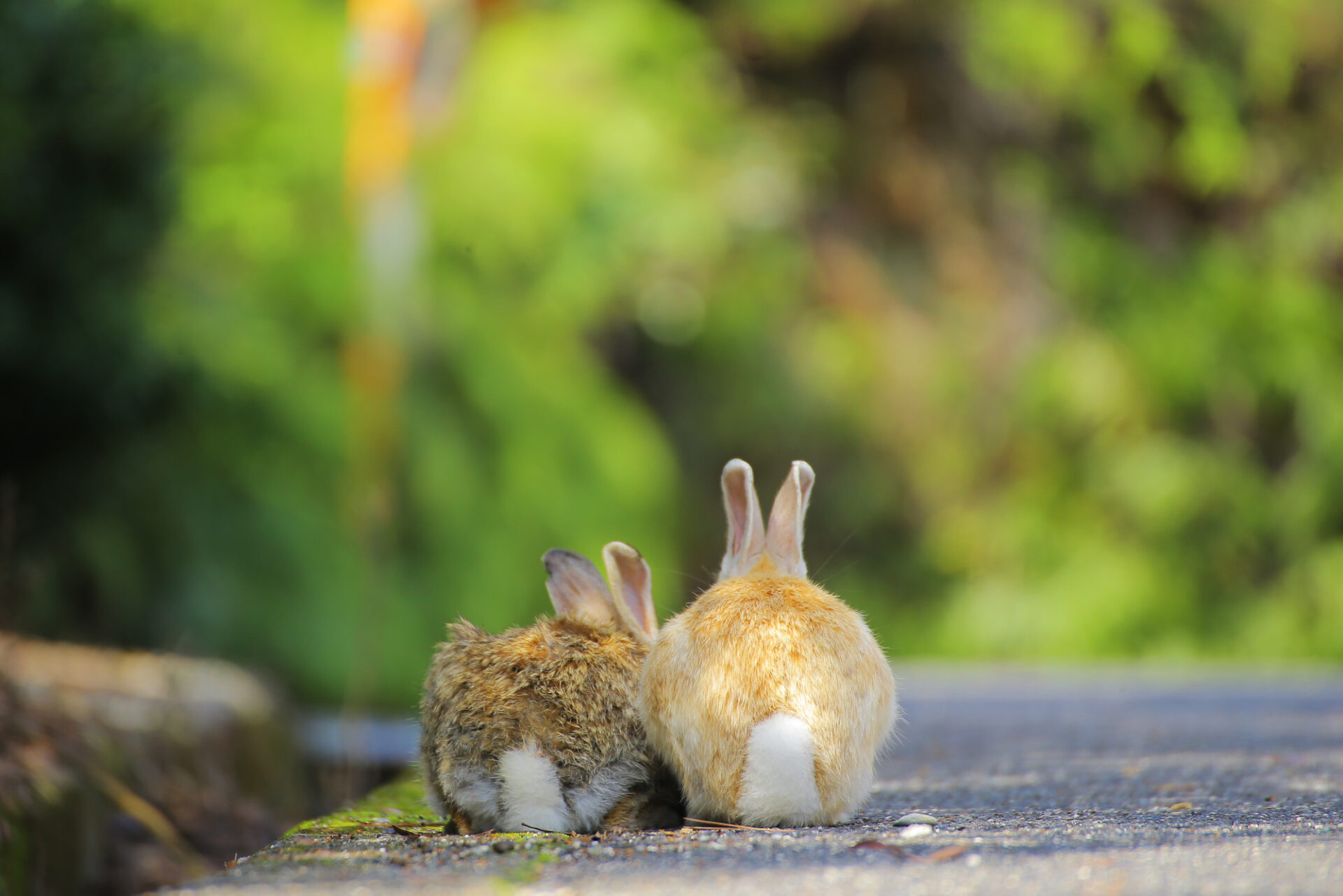 The little fluffy tail (also known as a scut) at the back of your rabbit’s body is extremely important in their day-to-day lives. It’s a form of communication and an alarm system to other rabbits. It can also serve as a distraction to predators when the rabbit’s fleeing. On top of this, tail movement shows emotion in domesticated rabbits.

Fun fact #1: If you see your rabbit wagging their tail at you, it’s their equivalent of giving you attitude if they’re irritated – similar to putting the middle finger up!

Fun Fact #2: Rabbit tails aren’t just the round fluff at the end – they extend around two inches on average! Most rabbits keep their tails tucked in, you might only see them if your rabbit is totally relaxed and laying down with their tail extended.

What a Rabbit’s Tail Does

A rabbit’s tail has a bunch of uses depending on the situation. The subtle movements are crucial for a wild rabbit’s survival and are instinctively used by domesticated rabbits.

As animals that aren’t particularly verbal, rabbits rely on small movements to communicate with fellow rabbits and other people.

Along with other movements like head tilting, showing their teeth, and the position of their ears (amongst other things) you can get a decent impression of how your rabbit feels based on their body language.

The underneath of a rabbit’s tail is bright white. When they’re running from a predator they’ll lift their tail up and down so it flashes at the predator, becoming the focal point. The rabbit will then sharply turn which confuses the predator, sometimes buying enough time for the rabbit to reach a safe place before the predator regroups.

The tail can also be used as a red herring, hiding the true direction that the rabbit is going to move, making them unpredictable and thus harder to catch.

If a rabbit flicks their tail, it’s alerting all the nearby rabbits of danger. This gives the signal to run and hide, ensuring the survival of the warren.

Sometimes a rabbit will flash their tail while they thump the ground with their powerful hind legs – a warning no rabbit could ignore even if they’re underground and can’t see the tail.

A rabbit wagging their tail at you is a sign that they are irritated (not because they’re happily greeting you as you’d see with a dog). If you’re introducing your rabbit to a new friend or new place, watch their tail. If it’s wagging then they’re not happy about it.

Can a Rabbit Lose Their Tail?

Yes, rabbits can lose their tails. This is usually in cases where there’s been a severe injury or problem with the rabbit – it isn’t a normal, natural thing to happen. The tails are held with skin and hair so they can, unfortunately, come off. This would cause your rabbit tremendous pain.

Rabbits can lose their tail in a variety of ways, such as:

If you notice that your rabbit’s tail is injured or broken, take them to a vet right away.

Why Do Rabbits Chase Their Tail?

There are multiple reasons why you might see your rabbit chasing their tail:

Yes, rabbits need tails. A rabbit’s tail is vital to a rabbit’s survival in the wild. Even domesticated rabbits use their tails to communicate. Rabbits can survive the loss of their tail, but they’ll struggle without it and it can be the difference between escaping and being caught by a predator.

Do Rabbit Tails Grow Back?

No, rabbit tails don’t grow back. Once they come off, it’s a permanent change. The tail has bones in it, so where it breaks off the wound will normally heal over. Problems after tail loss include blood loss, infection, and a disadvantage when running from predators which could be fatal – though this mainly affects wild rabbits.

Do Rabbit Tails Help Them Balance?

Yes, a rabbit’s tail will help them with their balance. But since their tails are so short, any help would be minimal. They’ll mainly use it as a counter-balance when sharply turning corners but even then, they can jump and twist (also called a binky) to turn.

Do All Rabbits Have White Tails?

Can I Touch My Rabbit’s Tail?

Though there might be exceptions, rabbits don’t tend to like it when you touch their tails. They’ll usually try to escape, and could hurt themselves (or you) in their desperate attempt to get away. Try to avoid going near their tail to save them the stress.