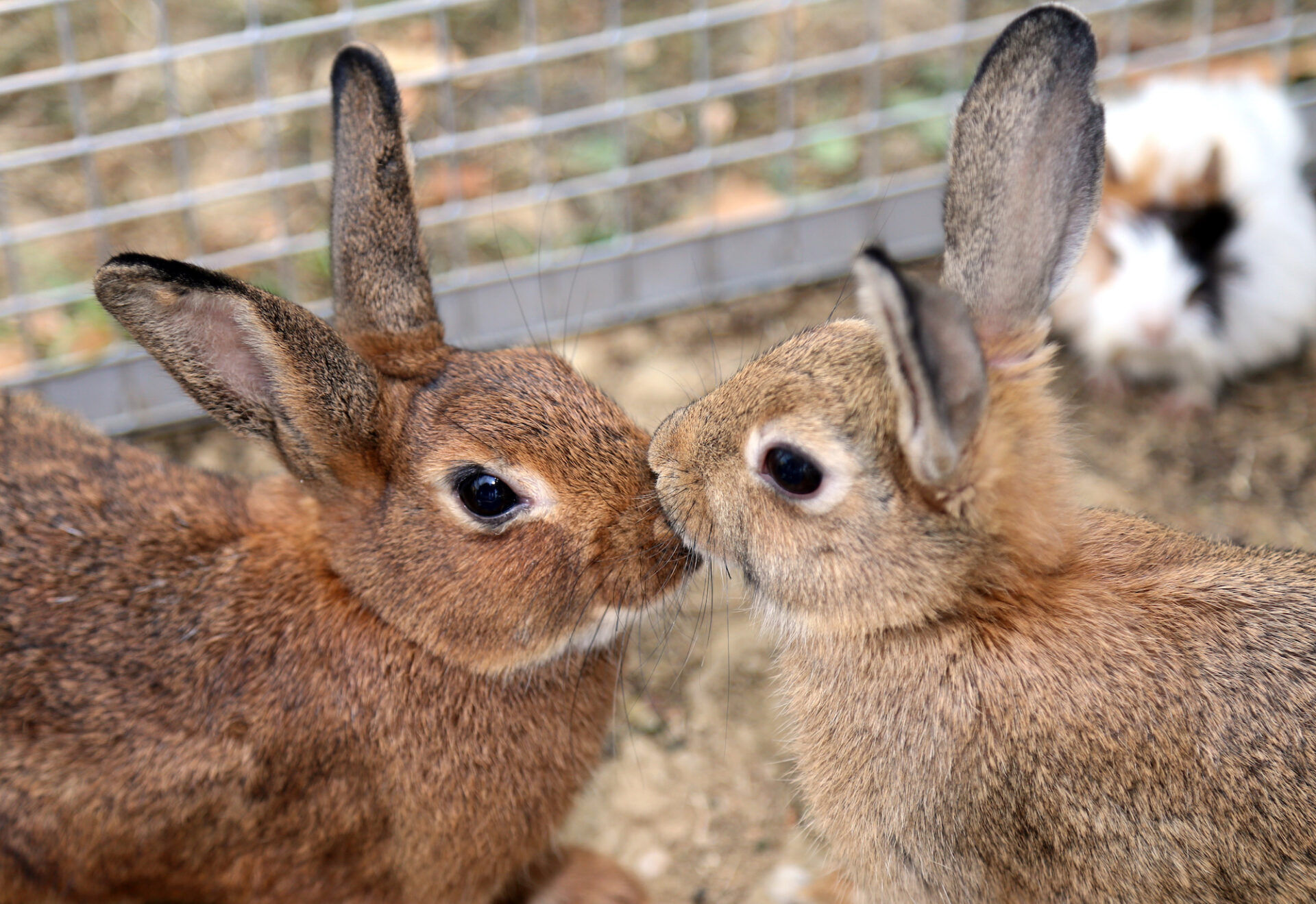 There are some distinct benefits from knowing whether your rabbit is male (buck) or female (doe) and it might affect which one you get. The difference can be in their behavior, appearance, and temperament, and there are pros and cons for both.

Male rabbits are typically better rabbits for first-time owners, as they’re usually less aggressive and territorial than females. Females are known to be dominant and have more bossy personalities.

There are some other key differences between the two though.

Read on to find out more.

Though personality does vary between individual rabbits, there are tendencies that you’re more likely to notice in just males, or females.

Female rabbits are definitely more territorial than male rabbits. This has been honed from an ancient instinct to protect their burrow and territory while the males are out foraging. You’ll probably find that males spray their surroundings with urine (if they haven’t been neutered) to put their scent all over it though.

For more information, check out our post all about this.

Both males and females require neutering to control their reproductive abilities, extend their lives, and curb their aggression. Neutering a male is a shorter, less invasive surgery and often cheaper for these reasons. Neutering a female is a little more dangerous because it’s more invasive.

When you adopt a rabbit they’ll usually have already been neutered, but you might have to do this yourself if you get a rabbit from a breeder.

Male rabbits are more likely to mount (hump) just about anything and everything. This is a lot more common in unneutered males, who will hump males and females alike. Females might occasionally mount a male to show dominance but this won’t happen all the time. The mounting can continue after neutering – but it’ll be much less often.

Female rabbits are the diggers. In the wild, they dig out the burrows and expand them to make new nests when they have babies. Your female rabbit will dig on any surface – carpet, wood floor, or anything else so make sure to rabbit-proof your home! This doesn’t mean male rabbits never dig – this will occasionally, but nowhere near as much as a female.

Female rabbits are typically cleaner and smell less than their male counterparts. This is because they don’t spray, they’re neater with their litter box habits, and they are known to be more obsessed with grooming themselves.

There are a few other differences between males and females that you might notice:

How to Tell the Difference Between Male and Female Rabbits

You’ll need to wait until your rabbit is around six to eight weeks old to determine their sex. Before this, it’s harder to see which one you have. A vet should be able to check for you if you want to know.

If you can’t tell yourself, you could either wait until they’re three to four months old where it should be far easier to see – as this is when you’ll be able to see testicles on a male rabbit.

Female rabbits also have four (or sometimes five) pairs of nipples along their abdomen. You probably won’t be able to see any on a male. Females often develop a dewlap too (a fleshy pouch under their chin).

It’s imperative that you get more than one rabbit. There are dozens of reasons why you should have at least two, including their happiness, socialization, and more. You should also make sure that all your rabbits are neutered, regardless of if they’re male or female.

The only things to consider when deciding how many rabbits to get are how much space you have available for them to live, and the increased cost. To learn more, check out our post all about this.

Can Male and Female Rabbits Live Together?

Yes, you can keep male and female rabbits together, but unless you want new additions every month, then you must get them neutered. This combination usually works best if both have been neutered and aren’t related – meaning they’ll bond easily.

If you don’t neuter the rabbits, they’ll become significantly more territorial and aggressive with each other, and there’s a danger of overbreeding.

Does Keeping All Males Work?

Yes, you can keep all male rabbits. It’s best to neuter them when they reach sexual maturity as most male rabbit pairs or groups will start fighting at this point. They can cause serious harm to each other, so neutering them will massively calm them down. Male rabbits are known to be more easy-going, chilled pets.

Does Keeping All Females Work?

Yes, you can keep all female rabbits. While females are usually protective over their sisters, they are prone to fight and become aggressive when they go into heat. It’s worth noting that females are usually more aloof and have more destructive behaviors.